How to Make Money While You Sleep

How to Make Money While You Sleep

Hello, fellows!  If you’re reading this article, you’re probably feeling a bit of the holiday blues.  If you’re anything like me, you’re feeling that way because you’re stressed about work, money, or having enough quality time with the family.  I call these three things collectively the “Triangle of Daddy Despair.”  They are so closely linked that it’s unlikely that you’ll ever experience a problem in just one of them, since an issue in one  area tends to bleed into the others. How many times have you seen movies or TV shows in which a man who is stressed about his finances gets involved in a not so on-the-level enterprise, or starts drinking heavily, and ends up losing his wife, children, his home, or even his life?  I am a proponent of empowerment. As such, one of my favorite sayings is: “Buy a man a fish, feed him for a day. Teach him how to fish, feed him for life.”  I know it’s an old adage, but it holds just as true today as it did when it was first coined.  I can’t help you with your existing job, but I can help you with your money, and show you how to make money while you sleep.  This will provide you with more free time, so you can dodge the nefarious, backwards, shady enterprise, thusly avoiding the binge drinking, the disgruntled wife, the home foreclosure, and the lost children. If you’re willing to learn, I will teach you one method of fishing.

Warren Buffet once said that “If you don’t find a way to make money while you sleep, you’ll work until you die,” a quote that sounds morbid until you really think about it and see the unadulterated, simple truth in the statement.  According to a recent survey conducted by Forbes, 78% of American adults are living paycheck to paycheck. This means that, unless something changes for them, they will literally have to work until death, just to stay alive.  Furthermore, according  to a survey conducted by the National Endowment for Financial Education (NEFE.org), 68% of Americans will experience an unexpected financial setback this year.  It doesn’t take an intuitive genius to see that those two numbers don’t bode well for the majority of Americans.

…So, what can you do about it?

I didn’t find a solution to this issue until my half-way through my 34th year.  How was I going to make money while I slept?  I did a little research, and the technical term for this type of cash flow is called Residual Income, which is defined as:

“…excess income generated more than the minimum rate of return. […] in personal finance, residual income is the level of income an individual has after the deduction of all personal debts and expenses paid.”

A few things that residual income is not:

I was so broke, so jaded, and so disheartened by my (admittedly) limited prior financial endeavors, that the first time I read the definition I almost gave up and stopped reading when I got to the part that says “…requires an initial investment either of money or time…”  My bank account was overdrawn by $70, my next paycheck from Starbucks was only going to be about $150, my cell phone bill was a week overdue, and I had about $1,500 in credit card debt.  The negative voice in my mind set in almost immediately, telling me, “You don’t have any money to pay the bills you already have, let alone any extra to invest!”  However, I did some critical thinking at that point before discarding the possibilities.  I read the definition again, this time picking up on a caveat that I had missed:

“…requires an initial investment either  money or time…”

What a difference those two words made!  I had practically no money to spare, but time?  Compared to my cash flow, my time was abundant.  I was a veritable time-billionaire! I started researching residual income opportunities that didn’t require smuch money.  I found a lot of scams, a lot of overblown, hyped up, get rich quick schemes, and a lot of negativity. However, being the stubborn person that I am, I kept reading, kept signing up for newsletters, kept subscribing to email lists, and then, one day, I found it:

Wealthy Affiliate is unlike other sources of residual income for many reasons, but the biggest attractors for me were the method of wealth generation, a community of people who are genuinely helpful (I have talked to both of the founders who, despite having literally tens of thousnads of members, have both gotten back to me personally), and the price was within my budget at $49/month. They even offer an annual subscription plan for those who want to pay for more time upfront, and thereby save money on the monthly fee.  I dug deeper, and found out how money is made on the Wealthy Affiliate platform. You can read a more in-depth review on how to make money using wealthy affiliate here, but for simplicity’s sake, there are two basic ways to make residual income via Wealthy Affiliate:

Personally, I thought the first method was the most intriguing. I had known that people were making money blogging, doing youtube videos, product comparisons, etc., but I didn’t know how.  After doing some more research, I was beginning to gain a better understanding of the ways money was being made online. Everyone’s heard of Mark Zuckerberg, Google, and Bill Gates.  Those are all exceptional circumstances or extraordinary people, and as such, regular Joes like me can’t expect their level of success.  However, thanks largely to their contributions to the technological revolution, today people have the ability to make life-changing fortunes using their inventions.

You don’t need to know how to code, program, or be computer savvy to use Wealthy Affiliate…

You only need to do three things to make money online using WA:

That’s it. Nothing complicated. Nothing nefarious. Nothing dishonest. Nothing shady.  Your readers will never pay more for buying something through your affiliate links. Companies have products that they need to sell.  You have readers (potential customers) coming to your website. These companies pay you in the form of a commission for every sale that’s made using your affiliate links.

Another thing that I was pleased to learn about Wealthy Affiliate is whatever you build using their platform is yours to keep.  If you decide to leave their platform after a month, you own what you built.  If you want to keep it online, you can transfer it to another host. If you want to take it down, you can do that, too.  The $49 a month is to cover their operating expenses, provide training, pay for affiliate status for their members to use, video tutorials, a boatload of other resources, and puts food on their table.  As I say on the affiliate status page of my website, I recommend things that I find useful, or that I have actually tried. I don’t write sponsored content. I stand by Wealthy Affiliate, because I have used it (successfully) to make money online. In fact, mistermommy.com was built using the WA platform!

Wealthy Affiliate is the easiest way to earn money, even in your sleep, online.  If you want to make a life changing income, save for your child(ren)’s college, start building a nest egg, retire (early!), or just have some more breathing room, it’s your ticket to do those things, and more.

Now that I’ve taught you how to fish, what are you waiting for? 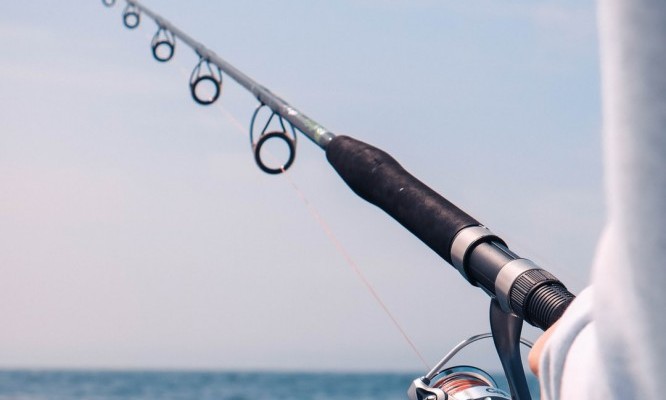 Go grab your fishing pole, and catch some fish!

Tags:blog, Resource, wa, wealthy affiliate
8 thoughts on “ : How to Make Money While You Sleep”