Is Mother’s Morning Out Just for Moms?

Mother’s Morning Out: Just For Moms?

Our 27 month old, TJ, started a program called mother’s morning out (MMO) last week.  It’s run by a local church, and it provides a chance for mothers to, put simply, get a few hours to themselves for one, two, or three mornings during the week.  A Google search will reveal just how prevalent these programs are, and just how gender specific the search term has to be.  For example, googling “Father’s Day Out” returns a bunch of cheesy Father’s Day websites.  There isn’t a single reference, resource, or pointer to anything related to programs such as Mother’s Morning Out.

So, fellow father, you may be wondering what to do if you find yourself in need of a couple hours’ respite in the morning, and mother’s morning out is your only option.  Read on to discover what you should know, what to expect and how to prepare for this misleadingly named parent’s program.

So, Is Mother’s Morning Out Just For Moms?

Let’s dispense with the foreshadowing and get right to the point; MMO Programs aren’t gender-specific. Yes, fathers are just as welcome at these quaint,mostly church-run, parental refuges. To my delight, I wasn’t the only father there when my wife and I dropped TJ off for his first morning at “school”,  which is what we call it when talking to our son.  I was definitely in the minority, though.  There were about three other men there, at least one of which was obviously a grandparent.

My older son, TJ, was so excited
to go to MMO on the first day!

The biggest misconception I have found among not only fathers, but all parents, is that Mother’s Morning Out programs are the same as daycare.  While there are some similarities, they are not the same thing.  There are two main differences; namely: time and cost.  Most MMO programs are one, two, or three day(s) per week, and about two hours per day only.  Daycare is an all day child care service that is typically five days per week for eight hours per day.  The cost difference is reflected in this, as well.  The MMO program that my family uses costs about $20 per day.  In my area (a suburb of Philadelphia), the average annual cost of daycare is $19,575.  Furthermore, many daycares require a contract that you’ll have your child attend their daycare for a given period of time. To get a more accurate comparison, however, let’s break that data down a bit. 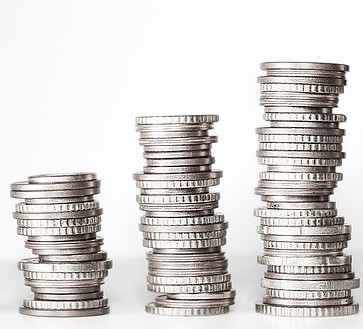 For simplicity’s sake, let’s round the annual cost of daycare to a whole number; $20,000.  Per year, this equates to about $10/hour ($20,000 / 50 weeks (leaving two weeks for holidays) / 40 hours per week = $10).  So, in terms of the cost per hour, daycare is actually about half as expensive as a typical MMO Program. However, when you consider the fact that mother’s morning out programs are only between one and three days per week and don’t require a contract, they are by far the more affordable option.

Is Mother’s Morning Out a Religious Program?

Mother’s Morning Out Programs are typically run in a local (Christian) church. That being said, they maintain a secular environment for the children who attend them.  It makes sense; an age when most children are still not toilet-trained is not an appropriate time to teach them about religion, spirituality, and matters of the spirit. When it comes to those most important aspects of life, I prefer to steer the ship.  The Mother’s Morning Out program that we use respects those boundaries, and focuses instead on more age-appropriate matters, such as:

Since attending MMO, TJ has been more patient with his little brother, Rowan, more receptive to my instructions when play time is over, more willing to take a nap, clean up, follow directions, and an all-around more well-adjusted boy.  I noticed this difference almost immediately after his first day.  It’s a funny quirk of some children that they do things first or more willingly for strangers than they will do them for their own parents. I call it “performance behavior.”  However, once TJ “performs” for someone else, he usually incorporates it into his repetoir of normal, routine, behavior.

Mother’s Morning Out is the clear winner in this dad’s opinion. From the cost and lack of a contract to the effective methods used to socialize your child, MMO provides the most value for your dollar.  Unless you need all-day childcare, and you don’t have a trusted friend or family member to provide this, MMO is a far more practical solution than daycare.  It provides an educational socialization opportunity for your little one, as well as providing you some time to catch up on some blissful sleep (or dishes, cleaning, and changing your other baby’s diapers).